Wildlife in captivity: an unnecessary evil

Whether they are exotic or native wild species, their management in captivity entails a great human responsibility to guarantee the well-being of the animals.

In the 1980s, drug trafficker Pablo Escobar imported three or four hippos from the United States for his private zoo. Today, four decades later, the Colombian authorities estimate that there are —out of control— between 65 and 80 specimens of this native African species in the country.

When Escobar died in 1993, his farm was left in ruins and some of the exotic animals that the cocaine kingpin kept in captivity had to be sought refuge. However, no Colombian zoo wanted to take care of the hippos, which can weigh up to three tons and are very aggressive.

Several cases of invasive alien species have been documented around the world, which, like hippos, can unbalance entire ecosystems. These intruders become veritable pests, consuming prey that lack defenses against them or displacing native competitors. Most are introduced by humans.

In Costa Rica, the populations of the southern Caribbean have been dealing for more than ten years with the invasion of the lionfish (Pterois volitans), native to the Indian Ocean and famous for its voracious eating habits. Its presence means a threat to marine species of commercial value that inhabit the coasts of Limón, such as lobsters, shrimps and snappers.

Recently, the public debate on the reproduction and existence of more than 300 exotic animals in an exhibition site in Liberia, Guanacaste, aroused the interest of some sectors, which were concerned about the management and risks involved in the possession of foreign species.

Specialists from different branches of biology and veterinary medicine, from the University of Costa Rica (UCR) and the National University (UNA), warned in a digital discussion that exotic species constitute a great risk for the conservation of native biodiversity .

Costa Rica, a country that lives on ecotourism, should focus on caring for native species, since they are the ones that foreign tourists come to observe. In addition, many of them are in danger of extinction. To ensure the survival of their populations, it is a priority to protect their natural habitats.

In the world, there are more and more voices that disapprove of the confinement of wild animals in zoos or other places, for commercial and exhibition purposes.

Gilbert Alvarado Barboza, a professor at the UCR School of Biology, believes that the practice of using animals as display objects should remain in the past, due to the effects that this causes them.

“The era of entertainment and selfies with animals must cease to exist,” insisted the researcher.

According to scientists, welfare and respect for the animal as an individual must prevail. The modern concept of well-being defines a series of conditions to achieve a satisfactory state (see box).

In this regard, there is still a lot of education so that humans learn to behave when we are in front of an animal, from knowing that it should not be fed to giving it its space.

Life in captivity causes a change in the natural behavior of animals, since the artificial environment deprives them of certain strategies to reproduce or even learn from their parents how to survive. 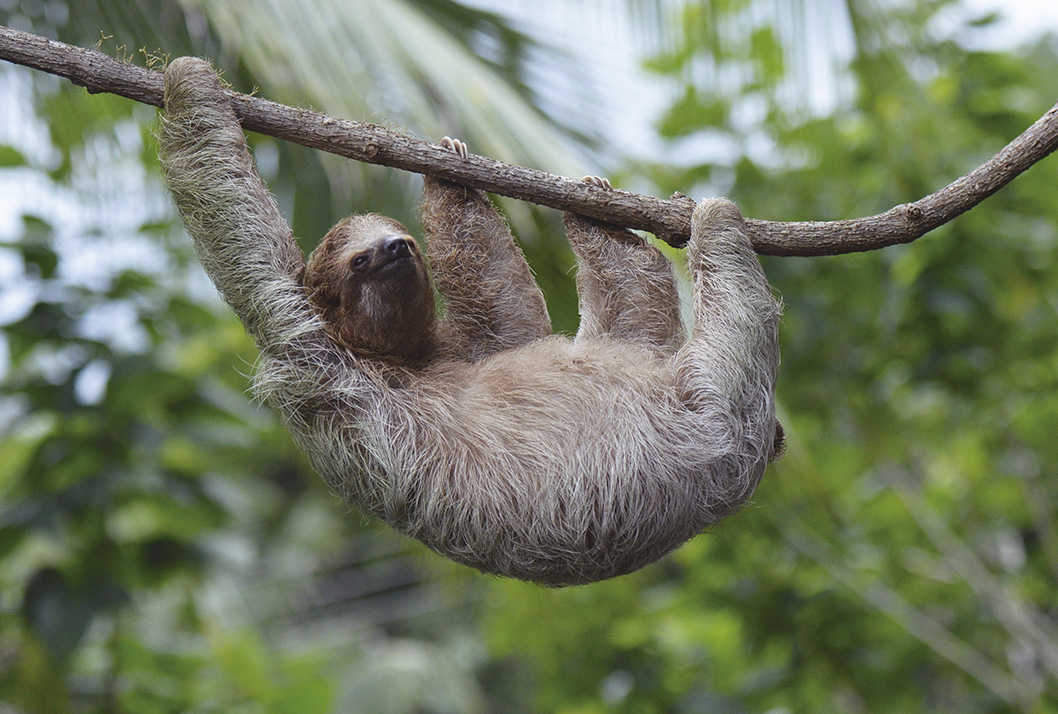 Tourists come to Costa Rica to observe native wild species and not exotic species. Therefore, the protection of our animals and their habitats must be prioritized. Photo by Laura Rodriguez. Sloth, Guápiles

“The species in a natural way, in their wild environment, can choose their partner, as we human beings do. There are a series of courtships and behaviors around reproduction, which often have to be deprived in captivity,” said Laura Porras Murillo, a biologist at UNA’s International Institute for Conservation and Management of Wildlife (Icomvis).
However, the existence of wildlife management centers created for ex situ conservation purposes (outside their natural environment) or for the rescue of animals that would otherwise die is necessary.

“Reproduction must be done with very clear objectives, there must be studies that justify it and a very well structured program with professionals who manage it,” Porras explained.

Management sites have to comply with certain guidelines established in national and international legislation to provide the best quality of life for animals. For example, feeding criteria, preventive medicine and, in general, trained personnel to be able to adequately care for these animals.

In reality this is not the case. There are places with good management and others that work without a defined purpose. Therefore, it is up to the State and its technical entities to establish standardized protocols for the treatment of animals in captivity throughout the country.

Likewise, it is urgent to set limits to the centers that exhibit exotic species, otherwise the situation can get out of hand, as happened in Colombia. This does not imply that the animals have to be euthanized, the experts emphasized.

The treatment of species in captivity is a complex responsibility that encompasses many aspects, even more so when dealing with exotic species.

The first thing to keep in mind is that animals outside their natural environment cannot perform the functions for which they have evolved for millions of years. Among them, the dispersal of pollen or seeds, the control of pests and diseases, and maintaining the balance of ecosystems, among others.

Therefore, the artificial environment that is generated in captivity does not contribute to perpetuating the species over time, as has been scientifically proven.

“Animals that have remained in captivity for many years or their entire lives have cognitive difficulties that do not allow them to adapt successfully in the wild,” said veterinarian Marta Cordero Salas, manager of the Las Pumas Rescue Center, located in Cañas. , Guanacaste.

A second very important aspect to consider is that the lack of relationship of individuals in captivity with others of their species causes them depression and stress, which weakens them and makes them get sick and even die.

In addition, from the genetic point of view, the reproduction of wild fauna in captivity must be carried out with great care, since there could be inbreeding or reproduction between related animals. This, over many generations, causes defects and diseases.

As the UNA biologist pointed out, even in those cases in which you want to repopulate a group that is declining, you must have scientific criteria to choose certain individuals. For example, knowing where they come from, their state of health and their genetic origin, aspects that are often difficult to determine.

Gustavo Gutiérrez Espeleta, a genetics specialist at the UCR School of Biology, remarked that “the argument of reproducing in captivity to avoid extinction is not true. This does not contribute to the survival of the species, because they are reproducing among few individuals, and that implies a deterioration of their genetics in the future.” 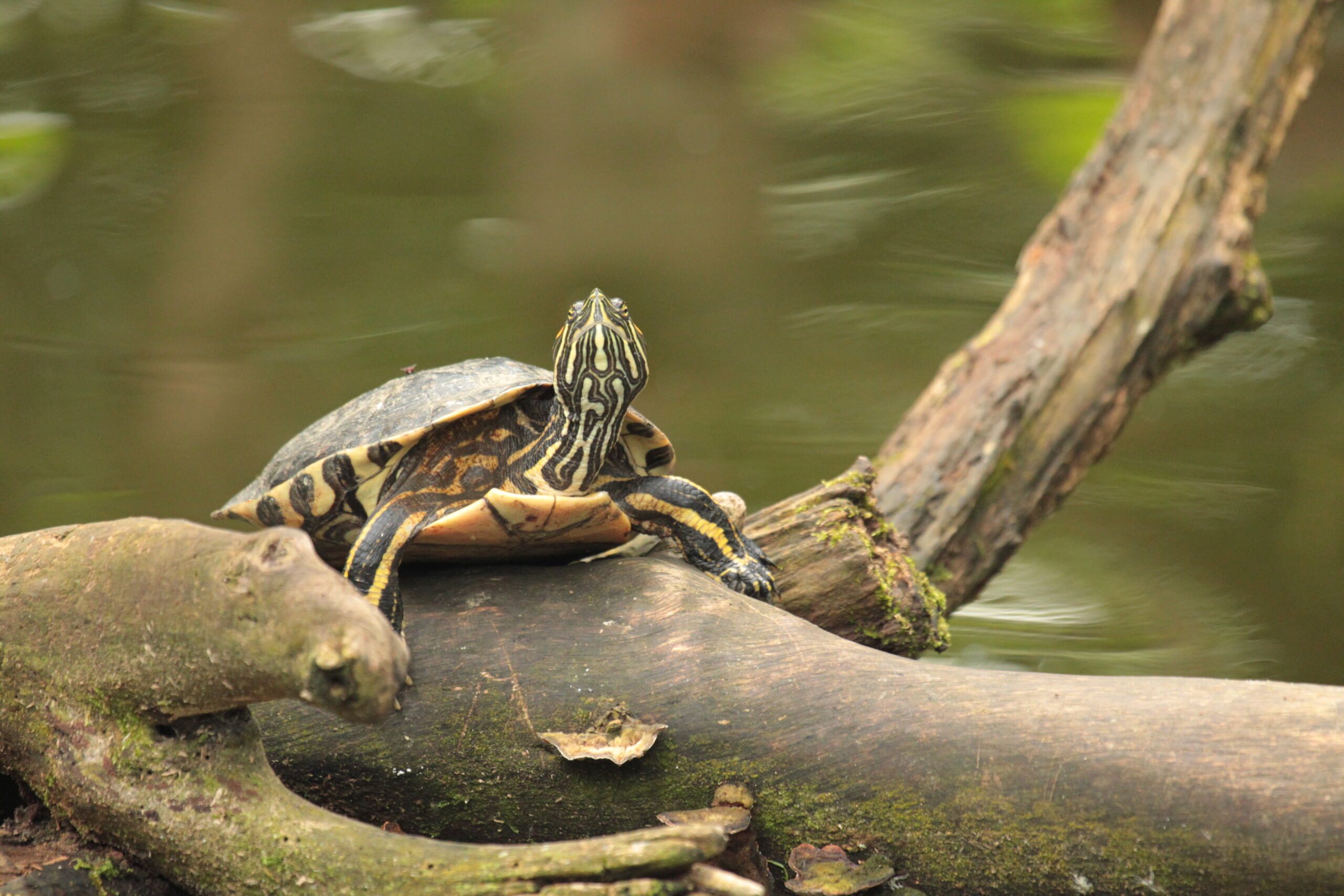 How To Travel With A Baby

Cities seek to green up to mitigate climate change